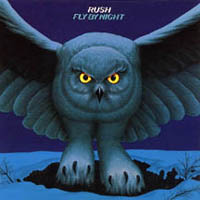 I. At The Tobes Of Hades

The Tobes of Hades, lit by flickering torchlight
The netherworld is gathered in the glare
Prince By-Tor takes the cavern to the north light
The sign of Eth is rising in the air.
By-Tor, knight of darkness,
Centurion of evil, devil's prince.

II. Across The Styx

Across the River Styx, out of the lamplight
His nemesis is waiting at the gate
The Snow Dog, ermine glowing in the damp night
Coal-black eyes shimmering with hate.
By-Tor and the Snow Dog
Square for battle, let the fray begin...

The battle's over and the dust is clearing
Disciples of the Snow Dog sound the knell
Rejoicing echoes as the dawn is nearing
By-Tor in defeat retreats to Hell
Snow Dog is victorious
The land of the Overworld is saved again.